In the 1500s, as printing became the most common method of producing books, intellectuals increasingly valued the inventiveness of scribes and the aesthetic qualities of writing. From 1561 to 1562, Georg Bocskay, the Croatian-born court secretary to the Holy Roman Emperor Ferdinand I, created thisModel Book of Calligraphy in Vienna to demonstrate his technical mastery of the immense range of writing styles known to him.

About thirty years later, Emperor Rudolph II, Ferdinand’s grandson, commissioned Joris Hoefnagel to illuminate Bocskay’s model book. Hoefnagel added fruit, flowers, and insects to nearly every page, composing them so as to enhance the unity and balance of the page’s design. It was one of the most unusual collaborations between scribe and painter in the history of manuscript illumination.

In addition to his fruit and flower illuminations, Hoefnagel added to the Model Book a section on constructing the letters of the alphabet in upper- and lowercase. 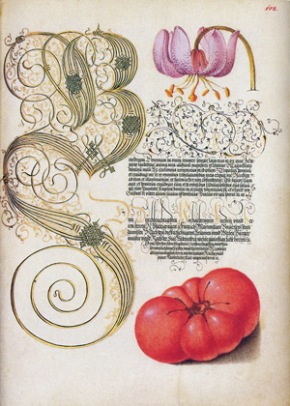 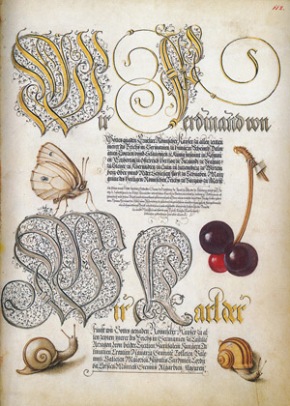 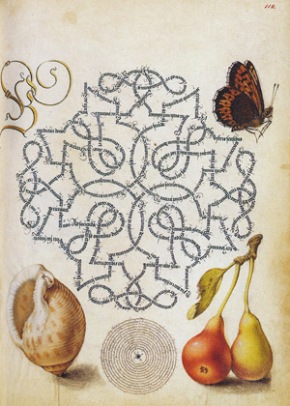 View all posts by ihoward62