The Hôtel d’Alsace at 13 Rue des Beaux-Arts, Paris, is the place where Oscar Wilde spent his last few months in 1900 prior to expiring in room no. 16. There is a plaque to Jorge Luis Borges on the wall opposite the one for Oscar Wilde. Borges had a lifelong fascination with Wilde, the first piece he had published was a translation into Spanish of The Happy Prince (and The Modern Word has a short essay by Borges about Wilde). Wilde is celebrated with two plaques but what these pictures don’t show is the atrium itself, a small space in the centre of the building which gives the hotel a distinction that Wilde might have appreciated, even if he would have preferred to spend his final hours in one of the more luxurious establishments.

There are more views of the narrow Rue des Beaux-Arts at Google Maps while the hotel has a website here.

View all posts by ihoward62 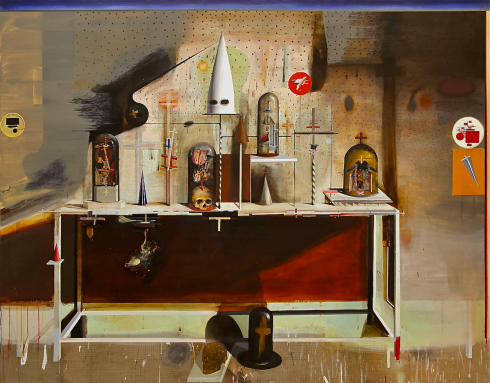